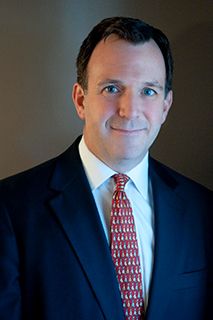 Rob is a Partner at Alerion Partners.  Prior to joining Alerion in 2005, Rob was a Senior Vice President at GE Equity, a division of General Electric Capital Corporation. Prior to joining GE Equity in 1998, Rob was with Evaluation Associates Capital Markets in their funds management business. He started his finance career with Chase Manhattan in their Private Banking Group where he spent five years including the completion of Chase's Management Development Program. Prior to Chase, Rob worked on the staff of U.S. Senator James M. Jeffords.
Rob currently sits on the Boards of The New Canaan YMCA, The Western Connecticut Health Network Foundation and The National Ability Center in Park City, Utah. He has previously served on the Boards of the University of Vermont (Chair of the Board from 2010-2014), the Norwalk Hospital Foundation (Chair of the Board from 2015-2017), the University of Vermont Foundation, the National Down Syndrome Society and the New Canaan Squash Association.

Rob earned a BA in Political Science and Economics from the University of Vermont in 1990 and an MBA from the Fuqua School of Business at Duke University in 1998. Rob and his wife Meghan live in New Canaan and are parents to Peter ('23).  They have two older children, Molly and Caroline. The Cioffis have been part of the SLS community since 2017.
Back
St. Luke’s School is a secular (non-religious), private school in New Canaan, CT for grades 5 through 12 serving 25 towns in Connecticut and New York. Our exceptional academics and diverse co-educational community foster students’ intellectual and ethical development and prepare them for top colleges. St. Luke’s Center for Leadership builds the commitment to serve and the confidence to lead.