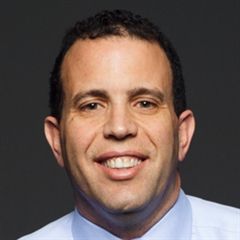 Mike is the Chief Executive Officer of Tudor Investment Corporation, a leading alternative asset management firm founded by Paul Tudor Jones in 1980, based in Stamford, CT. Tudor is active in the global fixed income, currency, equity, and commodity markets for an international clientele. Mike was appointed CEO in November 2017 and previously served as the firm’s Co-President (January 2013 - December 2016), President (December 2016 – November 2017) and Chief Operating Officer (January 2010 – January 2017). Mike is a member of Tudor’s Board of Directors, Chairman of the Tudor Management Committee, and serves on various other Tudor committees, including the Capital Allocation Committee. Prior to joining Tudor in 1991, he was an Audit Manager at the National Futures Association (1987 - 1991). Mike grew up in West Long Branch, New Jersey. He graduated from Rutgers University in 1987 with a BS in Accounting. Mike served on the Board of Trustees at New Canaan Country School for four years and currently is the President of the Board at Person-to-Person. Mike and his wife Tracey live in Darien and are parents to Matthew (‘23) and Andrew (‘28). Their older daughter Emily graduated from The Taft School and will be attending Boston College in the fall of 2021.  They have been at SLS since 2019.
Back
St. Luke’s School is a secular (non-religious), private school in New Canaan, CT for grades 5 through 12 serving 25 towns in Connecticut and New York. Our exceptional academics and diverse co-educational community foster students’ intellectual and ethical development and prepare them for top colleges. St. Luke’s Center for Leadership builds the commitment to serve and the confidence to lead.