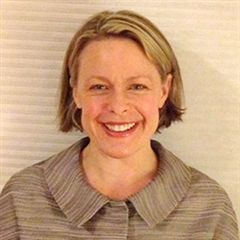 Dalio Philanthropies is global in scope, with operations in the United States and Asia. Programmatic areas include public education, ocean exploration and conservation, digital equity, microfinance, philanthropic capacity building in China, mental health and wellness, and the arts and community.  In addition to helping oversee Dalio Philanthropies, Gretchen oversees the family's human capital development program, aimed at helping family members develop the capabilities to be self-sufficient, successful leaders in life.
Before joining Dalio Philanthropies, Gretchen served as the Vice President & General Counsel of Save the Children Federation, a US nongovernmental organization operating in over 100 countries with over $865 million in assets, assisting 197 million children globally.  While she was at Save the Children, Gretchen was responsible for legal and compliance, internal audit, safety and security, as well as risk management.
Prior to Save the Children, Gretchen was the Executive Vice President and General Counsel of Artstor, an 80-person, technology-based organization founded and incubated by The Andrew W. Mellon Foundation to distribute an online library of images and software services to cultural and educational institutions globally. In that capacity, she developed a groundbreaking intellectual property policy for the educational use of images globally that enabled over 2,000 institutions worldwide to share and use images of art works for educational purposes. She successfully negotiated with organizations ranging from the British Museum and the British Library to the Metropolitan Museum of Art, MoMA, and governmental organizations in China, as well as a broad range of artists and photographers. She was a frequent speaker on intellectual property and educational use of images in the US and abroad.
Before joining Artstor, Gretchen served as the Assistant General Counsel at The Andrew W. Mellon Foundation. She started her career as an associate at the New York law firm Davis Polk & Wardwell and as a law clerk for Chief Justice Charles Sifton of the United States District Court of the Eastern District of New York.
Gretchen received a J.D. from Columbia University School of Law, where she was a member of the Columbia Law Review and a Harlan Fiske Stone scholar, and a B.A. in Political Science from Yale University.
Gretchen is a proud mother of two children, Gabriel and Sofia.  Gabriel has been at St. Luke's School since 6th grade, and Sofia joined St. Luke's in Fall 2022. In her spare time, Gretchen likes to run, hike, sail, go to museums and the theater, and attempt to cook.
Back
St. Luke’s School is a secular (non-religious), private school in New Canaan, CT for grades 5 through 12 serving 25 towns in Connecticut and New York. Our exceptional academics and diverse co-educational community foster students’ intellectual and ethical development and prepare them for top colleges. St. Luke’s Center for Leadership builds the commitment to serve and the confidence to lead.