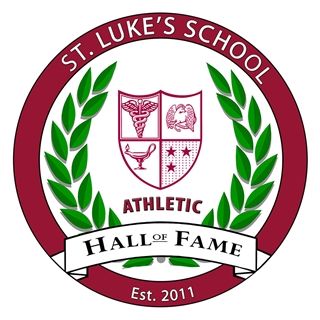 Renamed the Richard Whitcomb Athletic Hall of Fame in 2021 to honor Headmaster Emeritus Dick Whitcomb, the Hall of Fame was established in 2011 to honor the athletes, teams, coaches, and supporters who went above and beyond in bringing recognition, honor, and distinction to the School through their outstanding achievements in the field of athletics.

The Richard Whitcomb Athletic Hall of Fame speaks to the importance of competitive athletics at St. Luke’s. Our athletic history includes many national-caliber athletes and teams that won regional titles and state championships or placed in national competition. We also honor coaches and athletic supporters who helped to shape the future athletic pursuits of so many who have played on the Hilltop. But the real stories are of our scholar-athletes training, competing, and pursuing excellence in the larger context of their St. Luke’s School education—stories of accomplishment and character, of virtues such as perseverance, courage, loyalty, teamwork, and generosity. Together, these stories weave an exciting and enlightening picture of one part of history here at St. Luke’s.

If you would like to serve on the Hall of Fame Selection Committee, please contact alumni@stlukesct.org
St. Luke’s School is a secular (non-religious), private school in New Canaan, CT for grades 5 through 12 serving 25 towns in Connecticut and New York. Our exceptional academics and diverse co-educational community foster students’ intellectual and ethical development and prepare them for top colleges. St. Luke’s Center for Leadership builds the commitment to serve and the confidence to lead.