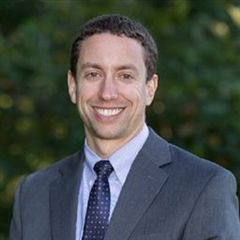 Matt became Director of Athletics and Physical Education in 2022. He joined St. Luke's in 2016 as Upper School Dean of Students and, in 2021, served as Assistant Director of College Counseling. Matt is also the head coach of the girls basketball program and was the 2019-2020 NEPSAC Class B Coach of the Year. Matt was previously Director of Athletics and coached girls basketball at Kent Place School in Summit, NJ. Prior to that, he spent seven years at Miss Hall’s School in Pittsfield, MA where he taught in the school’s Horizons Program before moving to the Athletic Director role in 2011. Also at Miss Hall's, Matt was a part of the school’s Student Life Team while coaching girls basketball, volleyball, and softball. At Northeastern University, where he earned a Master's Degree in Sport Leadership in 2009, Matt received the Northeastern University Award for Academic Excellence for attaining the highest Quality Point Average (QPA) in the program.
Back
St. Luke’s School is a secular (non-religious), private school in New Canaan, CT for grades 5 through 12 serving 25 towns in Connecticut and New York. Our exceptional academics and diverse co-educational community foster students’ intellectual and ethical development and prepare them for top colleges. St. Luke’s Center for Leadership builds the commitment to serve and the confidence to lead.